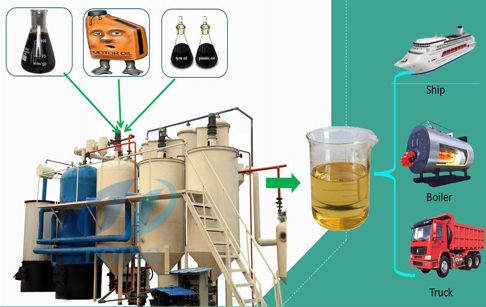 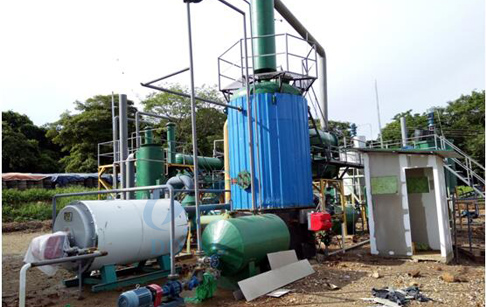 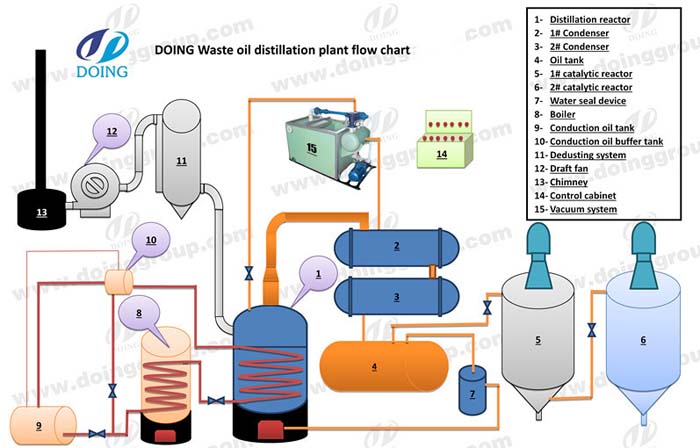 
In the process of waste oil distillation process plant,The cold materials (waste oil) should be pre-heat exchanger with the overhead vapor phase component first.Materials after heat exchange into the falling film evaporator using secondary heating flue gas dehydration,and then through the tube furnace heating again after after the temperature meet the process requirements into ectification within the column Control reflux ratio at the same time, On the top of the gas phase components after heat exchange with the raw condensation receiving tank into the light components, To restructuring after restructuring of condensing tank,Tank bottom components into the slag,Non-condensable gas back into the tube furnace combustion after water seal.