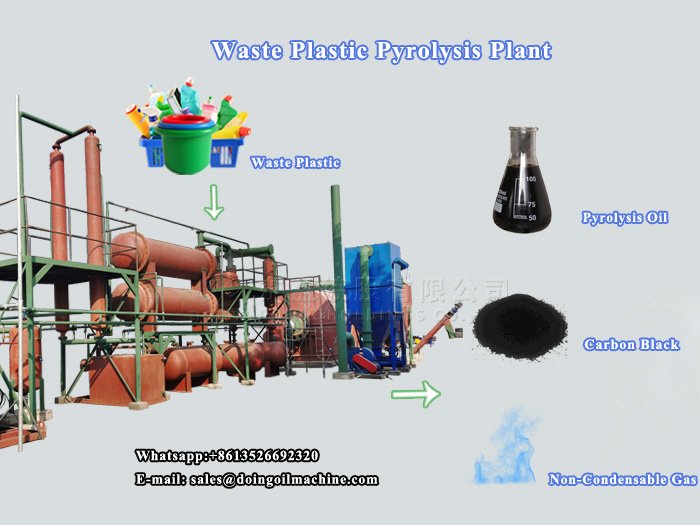 Plastics are often created from petroleum products and plastic in its raw state is made up of a range of organic polymers, after thermal decomposition inside the waste plastic pyrolysis machine, the plastic polymers can be broken down into smaller carbon chain which is fuel oil, the residue after pyrolysis is plastic carbon black. Some non-condensable gases are also produced during the pyrolysis process. While different types of plastics have different oil yields. For e.g., the oil yield of HDPE is ≥70%，LDPE 30%-50%, and engineering plastics about 40%. Of course, you can choose plastics with high oil yield to be disposed of for a higher profit. 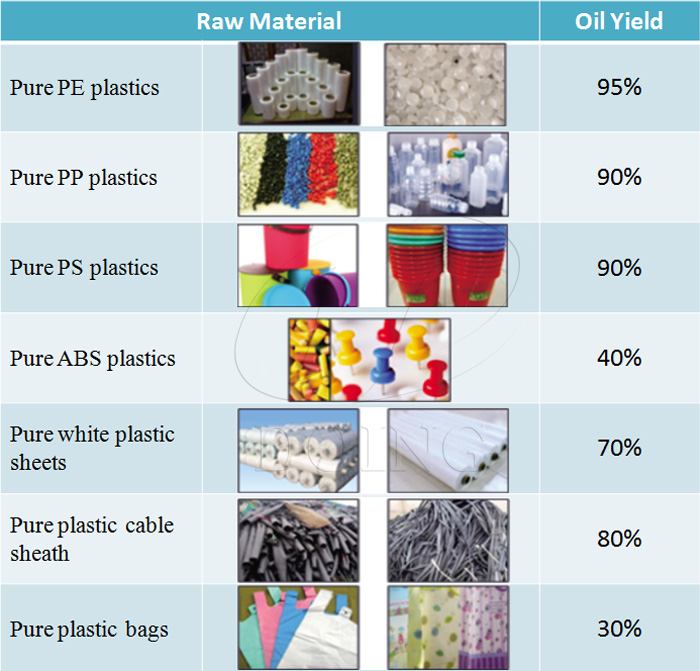 The obtained plastic fuel oil, carbon black and non-condensable gases can be sold commercially. Plastic fuel oil is widely used in industrial and chemical enterprises such as iron and steel mills, ceramic factories, hotels, restaurants, etc. for heating purpose, and it can also be used for heavy oil generators to generate power. Plastic pyrolysis carbon black can be used as a raw material for building cement bricks, and can also be further processed into industrial carbon black, semi-reinforcing carbon black, and pigment carbon black, which are widely used. Non-condensable gases can be heated directly in the pyrolysis reactor to save fuel cost, or be collected to sold. 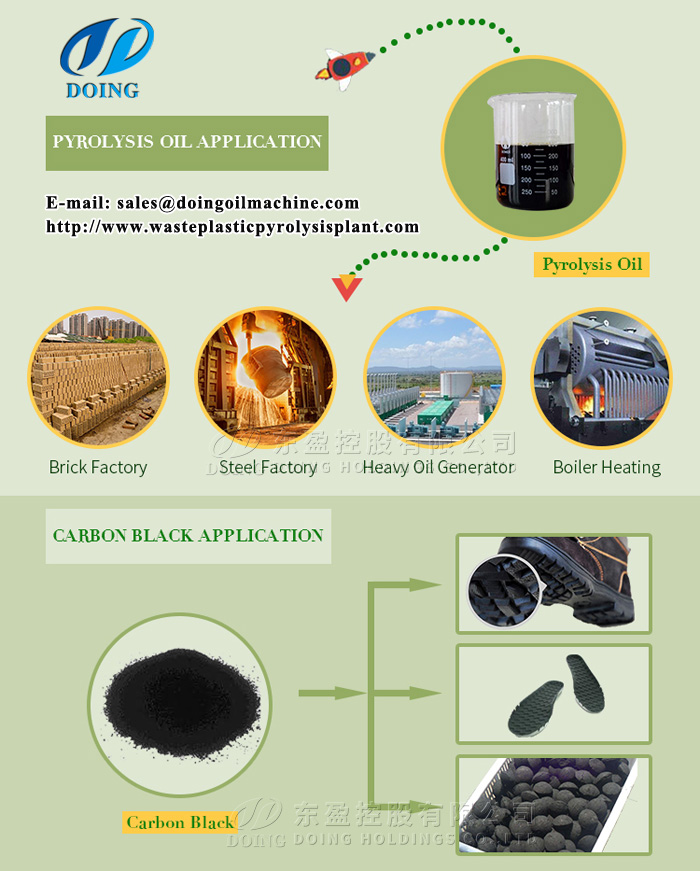